Why you should call 911 when having a heart attack 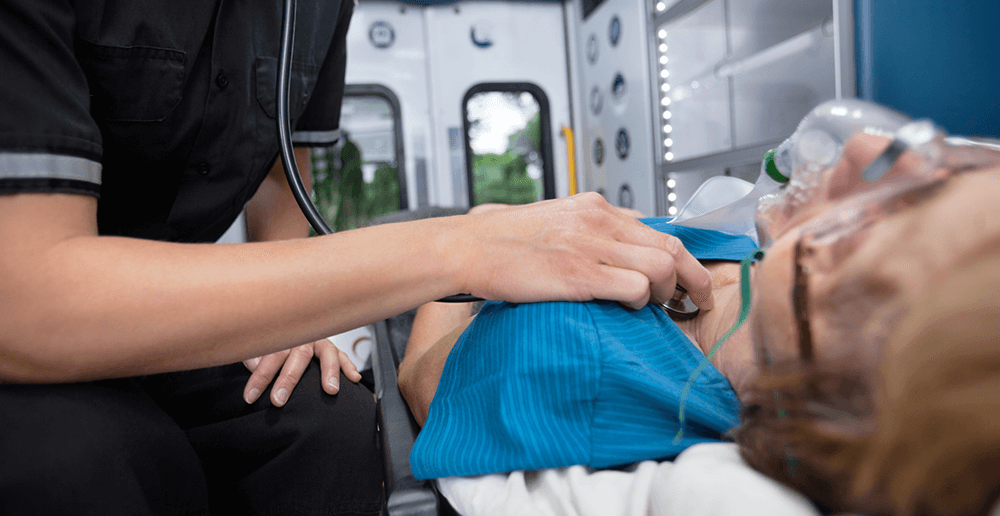 It is estimated that as many as 7,000 Winnipeggers call 911 with chest pain each year. And the actual number seeking care for chest pain in an emergency department is much higher.

Of those, about 600 will end up in hospital suffering from a type of heart attack known as an ST segment myocardial infarction (STEMI).

A STEMI is one of the most serious types of heart emergencies. It occurs when an artery in the heart is blocked by a clot, reducing the flow of blood and oxygen. This, in turn, results in the death of heart muscle. The most common symptoms include chest pain, shortness of breath, fatigue and a cold sweat. It is often mistaken for “heartburn.”

Ten years ago, we could expect about 89 per cent of people with a STEMI who called an ambulance to survive. Today, that number is close to 97 per cent, thanks in large part to the CODE STEMI Management Protocol.

Established in 2008, the protocol enables paramedics to begin providing cardiac care to patients as soon as they arrive on the scene. There is only one problem with the protocol: not enough people are taking advantage of it.

The numbers suggest that only a third (about 200) of the people who suffer a STEMI actually call an ambulance. The other two-thirds (about 400) make their own way to hospital.

This is a problem because those who make their own way to hospital can actually wait almost twice as long for treatment than if they had called for an ambulance. The resulting wait means a greater portion of heart muscle will die in that time frame. In some instances, it could be more than twice as much, depending on the person’s existing health conditions. That leads to more deaths, more complications, and a poorer quality of life for some survivors.

Conversely, if you call an ambulance at the first sign of trouble, you will receive care much faster. In fact, your treatment starts within seconds after making the call, when the call-taker asks you questions, figures out if you are having heart attack symptoms, and begins giving you instructions.

A few minutes later, an ambulance and/or a fire truck arrives with a paramedic on board, who takes your history and vital signs, starts oxygen, and gives you aspirin and nitroglycerin. They also do the 12-lead electrocardiogram (ECG) that diagnoses your heart attack. The ECG is sent via smartphone to an on-call physician who discusses the case and directs further care, which includes blood thinners provided by advanced care paramedics on scene.

The paramedic crew then takes you straight to the cardiac catheterization lab at St. Boniface Hospital, in an average of 69 minutes, no matter where you live in Winnipeg. That’s 69 minutes from the moment paramedics arrive to the time you’re on the table and the interventional cardiologist has removed the blockage from the artery in your heart – 21 minutes faster than the Canadian gold standard of 90 minutes for this type of treatment. If you were to get yourself to an emergency department with a STEMI, the time to receive this same treatment is an average of 113 minutes.

By not calling for an ambulance when you have heart attack symptoms, you run the risk of permanent heart damage. You might end up with congestive heart failure. You would then need ongoing cardiac treatment, more medications and many visits to specialists for further care.

I’ve been asked if it would it be a burden on the ambulance system to manage all the STEMI cases in Winnipeg each year. The answer is no. We already manage many more chest pain calls every year. But if everyone with a STEMI called an ambulance, we could end up saving many, many more lives each year.

So, if you are experiencing heart attack symptoms, call 911. Your chances of survival will be significantly higher if you take that ride in the ambulance.

Dr. Rob Grierson is Medical Director of the Winnipeg Fire and Paramedic Service.