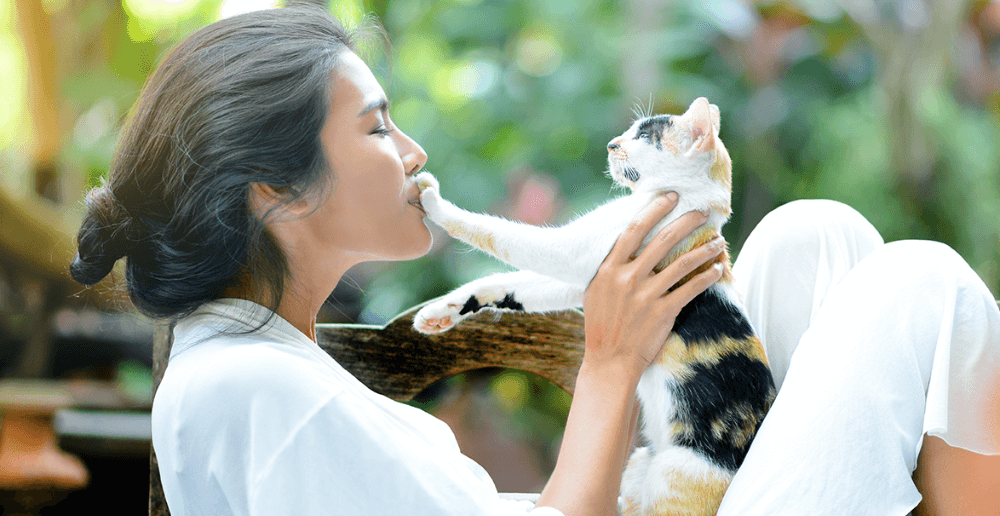 It is estimated that more than 60 per cent of households in Canada and the United States have at least one pet, and quite often they are kept within the living quarters of their owners.

It’s easy to see why pets are so popular. From cats and dogs to birds and fish, these little companions provide us with emotional, social and health benefits that enrich our lives.

However, pets can also carry germs that may be passed on to their owners, usually by direct or indirect contact with the bodily fluids (saliva, urine, feces) of the animal.

Fortunately, the risk of pet-associated illness (zoonosis) is quite low because animals are either rarely infected or their owners are not prone to illness. Nonetheless, it is a good idea to know more about pet-borne infections and how you can reduce your risk of getting one, especially if you happen to have a weakened immune system.

Let’s start with those most popular of pets: cats and dogs.

These animals can be infected with a variety of infectious agents, including bacteria, fungi, viruses and even parasites. In humans, these infections can cause a range of symptoms, including diarrhea, gastroenteritis, fever, headaches, rashes, and muscle aches.

In some cases, infection may lead to more serious problems. Last summer, for example, a Wisconsin man reportedly became infected with Capnocytophaga canimorsus, bacteria found in the saliva of dogs and cats. As a result, the man developed a rare blood infection and had to have all his limbs amputated. Contact with the dog’s saliva was believed to be responsible for the infection.

Other disease-causing agents carried by cats and dogs include:

Pet rodents are also a source of infectious disease. They can transmit many of the same pathogens as dogs and cats, including Campylobacter, Giardia, ringworm and rabies. Mice and hamsters can also transmit Lymphocytic choriomeningitis virus (LCMV), which can cause flu-like symptoms and, in rare circumstances, neurological diseases such as meningitis and encephalitis.

Rats have become quite popular as pets, and there exists an extensive network of rat owners and breeding facilities (ratteries) that cater to interested buyers across Canada and the U.S.

In many cases, these rodents have been bred to have unique fur colours, patterns or features (dumbo ears). These “fancy rats” pose no more of a health risk than other common rodent pets. However, they can harbour an infection called Seoul virus. It is found in the urine, feces and saliva of infected rats, and people can be exposed to it through inhalation of virus particles in dust from contaminated bedding or from rat bites. Exposed humans may occasionally develop a mild flu-like illness, and a small percentage of infections may lead to kidney failure and even death.

Fortunately, you can take steps to reduce your risk of becoming infected. They include:

Mike Drebot is Director of Zoonotic Diseases and Special Pathogens, National Microbiology Laboratory, Public Health Agency of Canada, and an Associate Professor in the Department of Medical Microbiology at the University of Manitoba.